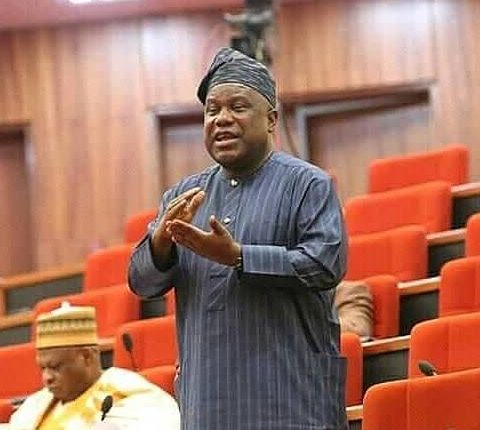 Henry Okosun, Managing director of Abadat Ventures, the company belonging to Dr. AbdulFatai Buhari, senator representing Oyo North senatorial district, has reacted to the reported seizure of some of his Abuja properties by the Asset Management Corporation of Nigeria, AMCON.

https://cglegal.com/qtrqejvmjp According to him, AMCON was wrong, neither him nor his company sought any loan.

https://paceptclinic.com/yinzadb1g In statement, Okosun said it was an attempt to blackmail his boss as what really happened was a tripartite agreement between Abadat, Guaranty Trust Bank and Peugeot entered into in 2007.

http://safetyspecialists.com.au/3ex9jnhn According to him, “I am privy to this case from the beginning. Abadat, Peugeot and GTB entered into a tripartite agreement whereby Abadat as a dealer with Peugeot would collect a vehicle on credit and GTB would guarantee the credit for one month at 18 per cent. Abadat did not take a loan from GTB as widely reported.

https://www.aimilpharmaceuticals.com/4injenjou “And when we discovered that GTB was clandestinely charging us 30 per cent, we requested for our statements which they refused to give to us in 2009. When we eventually got the statements through AMCON ‘s intervention, we discovered a lot of foul play through the forensic audit that was carried out. GTB is the one owing Abadat according to the audit report. And we went to court and the case is still in court with AMCON and GTB still sending their lawyers anytime there is a court sitting. What AMCON did was a blackmail against the senator,” he explained.

Also speaking, lawyer to the Ogbomoso-born politician, Ahmed Raji, SAN, said his client’s assets have not been taken over by AMCON.

“It is not correct that AMCON has taken over Senator Buhari’s assets in Abuja. There is a subsisting suit on the matter since 2013 and no judgement has been rendered. Self help is not allowed just as suppression of facts is deprecated in our judicial system. The court will very shortly reaffirm its sacred authority over all persons and authorities. We are all under the law,” he explained.

https://www.balitrips.com/9t5j31u OYSG To Collaborate With CIBN On Physical Development, Capacity Building For Workforce

http://www.pigeons-france.com/qevjpyrlb We’Il Call, Message New Registrants For The Collection Of Their Voter’s Card –…

https://www.social360monitoring.com/x069unjnw3 Hoodlums In Ibadan Have Agreed To Ceasefire – Ibadan…