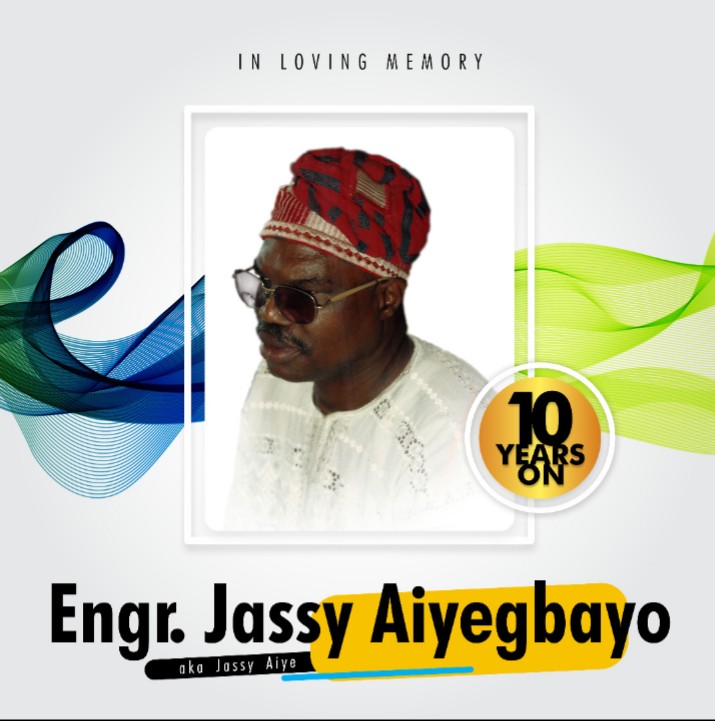 The family of late Engr. Jassy made this year remembrance a special one as family and friends all gathered to blessed the educational needy on behalf of their gone legend.

Adding more to the fee payments, the family also distributed reading and writing materials to the school to aids the students learning, all in remembrance of their love one who is late.

The late, Engr Jassy Abiodun Aiyegbayo was born on December 31st 1946 to the late Pa Thomas Ojo Aiyegbayo and Mrs Victoria Abeo Aiyegbayo of Ejigbo in Osun State. He died 10 years ago, on July 10, 2009 and the vacuum his death created has been so difficult to fill.

Message from late Jassey wife, she said ” the Late was a dutiful father and husband, a determined and purposeful man, a transformer, a devoted follower , a visionary and inspirational leader, a cheerful giver , a man with a beautiful heart “.

Mr Oluwasheun eulogising his dad, an epitome of peace, he said ” He was a strict disciplinarian, charismatic and pragmatic father who never spared the rod to spoil the child. In his relationship with people, he was highly principled, exhibited a high degree of patience”.

Engr Jassy died on the 10th of July 2009, may this soul continues to rest in the bosom of Almighty God

What Late Ajimobi Said During The Elevation Ceremony Of…