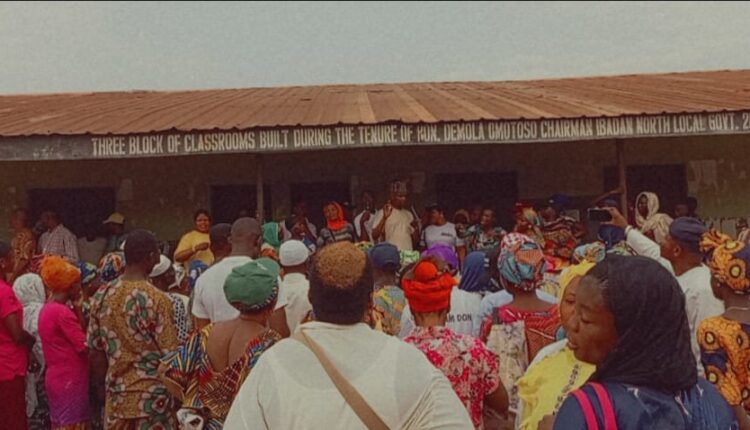 The Campaign Director General Omituntun 2.0  for Governor Seyi Makinde’s re-election bid in Ibadan North Local Government, Hon. Folajimi Oyekunle (DON) had on Friday while addressing a large crowd of party faithful of the Fola Oyekunle Group in Ibadan North, said he would lead a strong campaign to ensure victory for governor Makinde and the Peoples Democratic candidates in the municipal area of the state,

Hon. Oyekunle said it was important for the PDP to retain its leadership positions at the state level and also reclaim its position as a ruling party at the federal as well.

“But again, just to also use this opportunity to let the people of Ibadan North Local Government know that we are heavily committed to the re-election of his Excellency Governor Seyi Makinde and all other candidates of the People’s Democratic Party and as we all can see and feel the governor has done the needful for our constituent and the only way to repay him is by voting heavily for him at the general election

“We are going to campaign heavily for him. I am also committed to ensuring that the PDP wins it all here in Ibadan North Local Government. I’m extremely overwhelmed by the large turnout today and it’s a good way to start up the re-election bid on our part, we all should be rest assured that as your representative we will not stop at delivering the dividends of the democracy at your doorstep. Oyekunle Said.

Oyo Abscond Cases : One Found Other Boarded A North-bound…