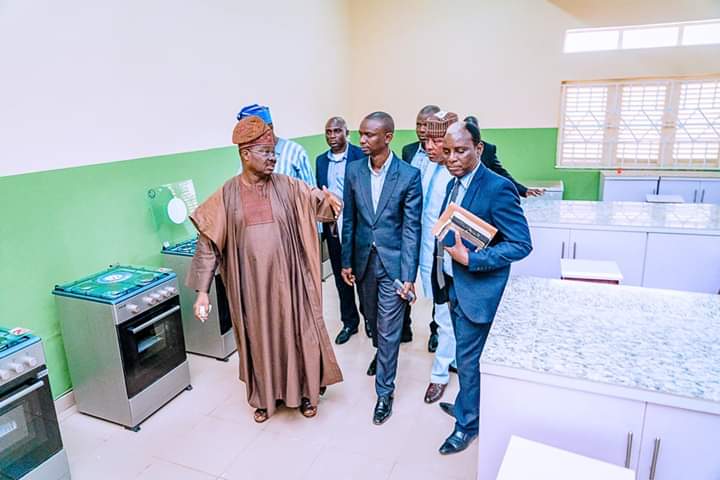 THE Oyo State chapter of the All Progressives Congress (APC) has said that Governor Abiola Ajimobi’s achievements have attracted a world recognition, UNESCO Award, which is to be received by the incoming Governor, Seyi Makinde, in Medellin, Colombia..

The governor-elect is slated to travel to Medellin, Colombia between October 1 to 3, 2019 to receive the international award on behalf of the government and people of Oyo State.

The APC believed the opposition should celebrate the outgoing governor for raising the bar of governance and massively transforming the state to attract world recognition.

In a statement issued by Oyo APC Public Relations Officer (PRO), Dr. AbdulAzeez Olatunde, the party said the international award is in addition to the letter of the UNESCO Award on January 3, 2019, recognising Ibadan as a learning city globally.

The APC hailed the outgoing governor for the giant strides, which, it said, no other governor in the history of the state has ever achieved.

It said: “No wonder, the out-going Governor of Oyo State has made a lot of seemingly impossible tasks to be possible, culminating in the on-going commissioning spree, starting with Oba Akinbiyi Model School at Oke-Itunu, Mokola, Ibadan, which is all Tiles-floor 40 classrooms with UNESCO Standard Child-friendly facilities like ceiling fans in all the classrooms, 16 water closet toilet facilities on each of the floors, separated as eight for each of the male and female sex.”

The statement further enunciated that what made the Model School another reference point “is that it is equipped with three standard air-conditioning laboratories for Physics, Chemistry and Biology and also has air-conditioning Art Studio, tastefully furnished Home Economics Laboratory, air conditioned Libraries, separately for staff and students and of course air-conditioned Computer Laboratory with Wi-Fi.

“The uniqueness of the model school is better appreciated by the provision of handicapped route staircase to the topmost floor of the two-storey building, which eliminated any discrimination towards the physically-challenged pupils.

“There is fully air-conditioned multipurpose hall that can equally serve as Examination Hall for Final year and Public Examination students. Standard Lawn for Handball, Basketball, Volleyball, Lawn Tennis, Badminton etc for Sports and Leisure complete the facilities without forgetting the borehole for the water needs of the school.

Against the claims of the opposition, the party noted that the achievement of Senator Abiola Ajimobi on Education “is not restricted to building Model Schools alone. In fact, Mr. KOSELERI impact on Education with innovative approaches for Schools Governing Board (SGB) and OYOMESI intervention approach did not only attract about N5 billion to the Schools Facelift but also UNESCO Award, which is to be received by the in-coming Governor, Seyi Makinde in Medellin, Colombia between October 1st to 3rd, 2019.

“Imagine that, State General and Maternity Hospital at Agbadagbudu-Yemetu was commissioned in 1928, U.C.H was built in 1959 while Ring Road State Hospital was built in 1977 and since 42 years ago, no governor or government deemed it fit to consider the astronomically expanding population of Ibadan until now, 2019 that Ajimobi proved Martin Luther King right that “intelligence plus character is the goal of true leaders”, which has reflected with about to be commissioned Abiola Ajimobi Maternity and Paediatrics Centre, Olodo.”

Oyo APC insisted that when one considers the population of the axis of its location, Olodo and the distance to the State Hospital, Yemetu, we can only praise Sen Abiola Ajimobi for his vision and foresightness.

Among other notable achievements of the outgoing governor, the party said, were the establishment of additional mediation centre aimed at decongesting courts, beautification of Ibadan city, massive investment on security, acquisition of agricultural equipment, and providing permanent solution to the hydra-headed perennial flooding in the city amongst others.