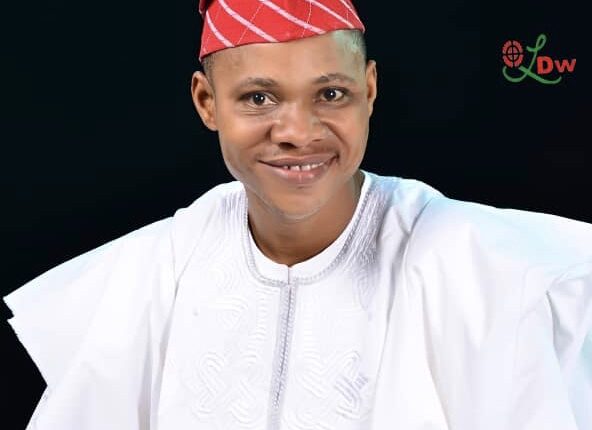 New Era Frontier, a group loyal to the All Progressives Congress, APC, has commended the leaders of the party for the positions zoned to Oyo town ahead of next Saturday’s state congress.

It understands that the party leaders had Wednesday zoned the positions of state secretary, state auditor, assistant organizing secretary and assistant publicity secretary to Oyo zone.

In a statement by Kazeem Bukunmi and Elijah Adekunle, the group said the APC in Oyo zone would continue to deliver, saying that the positions is a reward for delivering the town for APC in the 2019 house of assembly election.

”Apart from the governorship election which we lost by little margin, APC in Oyo town recorded 100 per cent in other elections in the ancient town. Apart from Prince Akeem Adeyemi who was re-elected for the second term, the trio of Hon. Asimiyu Alarape (Atiba), Isiaka Arole (Oyo East/Oyo West)!and Seyi Adisa (AFIJIO) all defeated their opponents to become state lawmakers. So, we see these positions zoned to us as a reward for staying strong with the party in the last election.

”While we express appreciation to former governor Adébáyọ̀ Alao-Akala, former deputy governors Iyiola Oladokun and Moses Alake-Adeyemo and other leaders of the APC in Oyo State, we want to implore our leaders to utilize the opportunity and filing the vacancies with qualified and energetic persons so as to represent us well at the state level.

”For example, the position of a party secretary is tedious and as such, a capable person is required. Though we have then in abundance but one of them is Comrade Taiwo Okunlola. Almost in his mid-40s, he is a member of the board of Nigerian Export Processing Zones Authority, NEPZA. “His love for education is insatiable as he is an alumnus of the Osun State College of Technology Esa-oke in 1999 where he had his National Diploma in Electrical/Electronics. In his quest for more knowledge, Olafemi proceeded to Olabisi Onabanjo University, Ago-Iwoye in 2003 and bagged B.A. in Mass communication (Public Relations major). He completed his Masters degree in Peace and Conflict Studies at the Institute of African Studies (now Institute for Peace and Strategic Studies), University of Ibadan in 2011, where he was also a student member of Society for Peace Studies and practice {SPSP). His research interest was on internal conflict. Olafemi also holds a Diploma in Public Relations from National Institute of Public Relations (NIPR), Nigeria.

“Within Oyo federal constituency and beyond, he is well known as he was once national president of the Federation of Oyo State Students Union, FOSSU. Before then, Okunlola had served in different students’ leadership capacities, which include national secretary of National Association of Oyo students, NAOS and national speaker of the same association.

“Okunlola began his active service as a political office holder in Nigeria as far back as 2007, when he served as the chief of staff to the chairman of Oyo East local government. He was also appointed as personal assistant to the chairman of the same council and served from February, 2012 to January 2015. Due to his experience as a UNICEF/NYSC peer educator trainer, PET, who has trained hundreds of in-school and out-of-school youths on HIV/AIDS, Okunlola was appointed as the chairman, local action committee on AIDS(LACA), in his native Oyo East local government.

“In the last election, Okunlola sought to represent Oyo East/West state constituency on the platform of our great party. He bowed to party’s decision. He was also recently appointed as a member Oyo State media and publicity committee of APC membership registration exercise.

“We can go on and on but time won’t permit us. The success of any administration, as well know, rests on the secretariat of the party which is headed by the secretary. In recent past, the progressives have recorded huge successes due to the youthfulness of those who have manned the office. Here is Okunlola who is young in age and mind, who has the zeal and energy to work with other Excos members to achieve what we want. Almost all the states have Excos majorly headed by youthful people. So Oyo shouldn’t be an exemption.

“A facilitator of numerous jobs opportunities for youths across the state who works in a federal agency through his office, some with other government parastatals. He has been described as a young human capacity builder who has the capacity of bringing together,” group said.

They assured that of Okunlola is allowed to be secretary, the people of Oyo and Oyo State in general would know it for good.