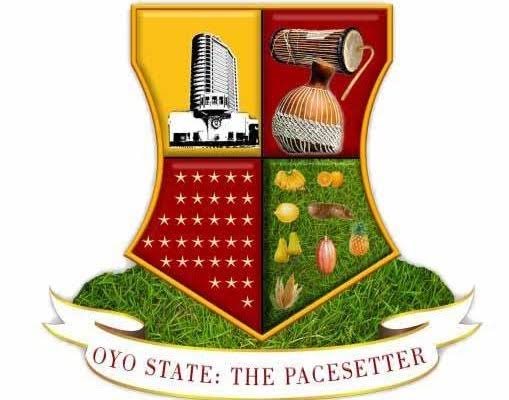 Oyo Govt. Compensates Family Of Man Who Died On Duty With 1Million Naira

Oyo State government has compensated the family of late Lateef Garuba, a former chairman, school governing board who died on duty in 2019 with a sum of one Million Naira.

Late Lateef Garuba until his death was the chairman, School Governing Board, Nurudeen Grammar School, Ogbomoso, before he had a fatal accident in 2018 on his way back home after a training organized by the State Ministry of Education in Oyo town and later died in October, 2019.

The event was organized in memory of the late former headmaster and chairman, School governing board, held at the state ministry of education with the family of the deceased in attendance.

Presenting a cheque of one million naira to the wife of late Lateef Garuba, Mrs. Adeola Garuba, at an event held at the Ministry of Education, the state Commissioner for Education, Mr Olasunkanmi Olaleye, noted that Governor Seyi Makinde has also approved the payment of gratuities to the family of other government officials who died in the car accident in 2018.

In a remark, the wife of the deceased, Mrs. Adeola Garuba, commended Governor Seyi Makinde led administration at bringing succor to the family.

Alli Congratulates Buhari At 56, Says He Is A Senator With A…