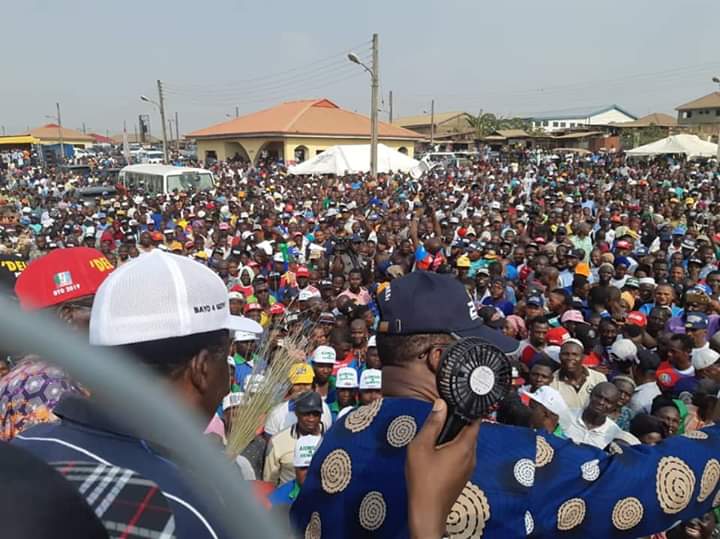 Oyo: Ajimobi Warns NURTW and RTEAN Against Violence Ahead Of Election

The Executive governor of Oyo State, Senator Isaac Abiola Ajimobi has advice the members of National Union of Road Transport Workers ( NURTW ) and Road Transport Employees Association in the state to stay away from violence before, during and after the election in the state. He gave the warnings to NURTW and RTEAN at the All Progressive Congress Party election Flag Off for Egbeda/Ona Ara at New Motor Park, Old Ife Road, Ibadan, on Tuesday 15th January 2019.

Governor Ajimobi said, his administration has not being tolerating unrest in the state and will not allow political thugs who are always emanating from NURTW and RTEAN in election period to subdue the ongoing peace in the state. ” we have being maintaining peace and security in the state for the past seven and half years, so also this time around, anyone of you that attempt to cause chaos before, during or after the election will spend the rest of his life inside Agodi Prison ” Ajimobi directed his statement to Alahji Ejiogbe, Oyo State National Union of Road Transport Workers Chairman and his RTEAN

” See Adelabu has the template, even after I left, he will still continue to propagate the peace and security, so Ejiogbe, Oyokun and others, make sure your boys are under your peaceful tent. The one I told then and prove stubborn, you know the years he spent inside Agodi. Ajimobi lamented.

While addressing APC members and fans, Ajimobi said, APC is the only party that can deliver them a quality administration in the state, said, voting Adelabu of APC is just supporting continuity in the state.

Eid-el-Fitr : Olopoeyan Felicitates With Muslims Across…