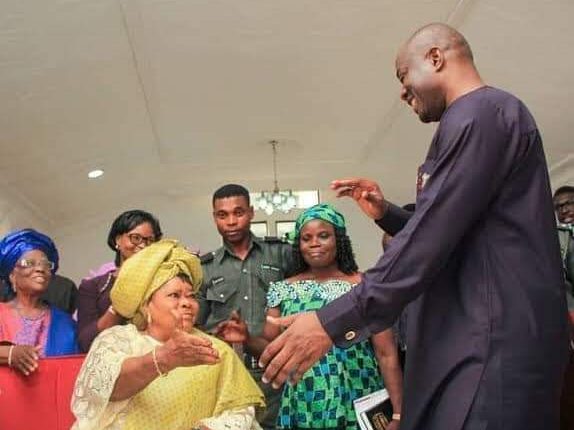 According to a statement by the elder brother of the governor on behalf of the family, Chief Muyiwa Makinde, Madam Makinde departed in the early hours of yesterday in Ibadan at the age of 81.

The elder Makinde, who is the Jagun Olubadan said: “With total submission to the will of the Almighty God, we announce the passing to the great beyond of our mother, Mrs. Abigail Makinde, in the early hours of today, Thursday, October 15, 2020.”

Meanwhile, the Olubadan of Ibadanland, Oba Saliu Akanmu Adetunji, has described the passing of Madam Abigail Makinde as a rude shock.

The monarch, who stated this at his Popoyemoja, Ibadan palace, recalled that the late Madam Makinde was in the palace on September 11, 2020 to witness the elevation of some chiefs in Ibadan, including her son, Muyiwa Makinde, as Jagun Olubadan of Ibadanland.

Also, the Osi Olubadan of Ibadanland and former Governor of Oyo State, Chief Rashidi Ladoja, has condoled with Makinde and his family on the death of their mother.

In a statement made available to journalists, yesterday, Ladoja’s Media Assistant, Alhaji Lanre Latinwo, quoted the former governor as describing the deceased as not only loving, but also a character worthy of emulation.

In the same vein, the Speaker of Oyo State House of Assembly, Adebo Ogundoyin, has commiserated with the governor over the demise of his mother. Ogundoyin described as shocking, painful and sorrowful the death of Mama Makinde, saying that her loss was huge.