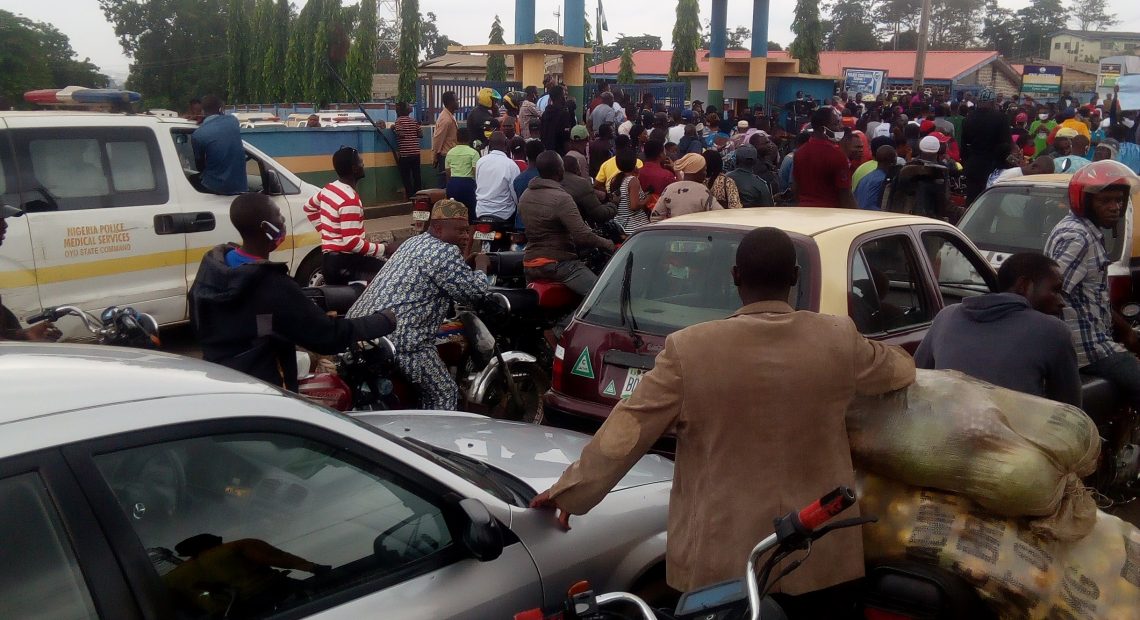 National Association of Nigerian Students, NANS, Oyo State chapter has embarked on a protest to the Police Headquarters, Eleyele, Ibadan.

The students hinged their action on the escape of Sunday Shodipe, the Akinyele serial killer, from police custody.

In an interview, some of the students queried how the police could have allowed the alleged serial killer to flee from their custody.

They, therefore, demanded that the matter be investigated and officers found culpable be prosecuted.

As a result of the protest, there was gridlock on the road between the Police Headquarters and Eleyele bus-stop.

Oyo Police Not In Haste To Return Officers To Duty Posts –…