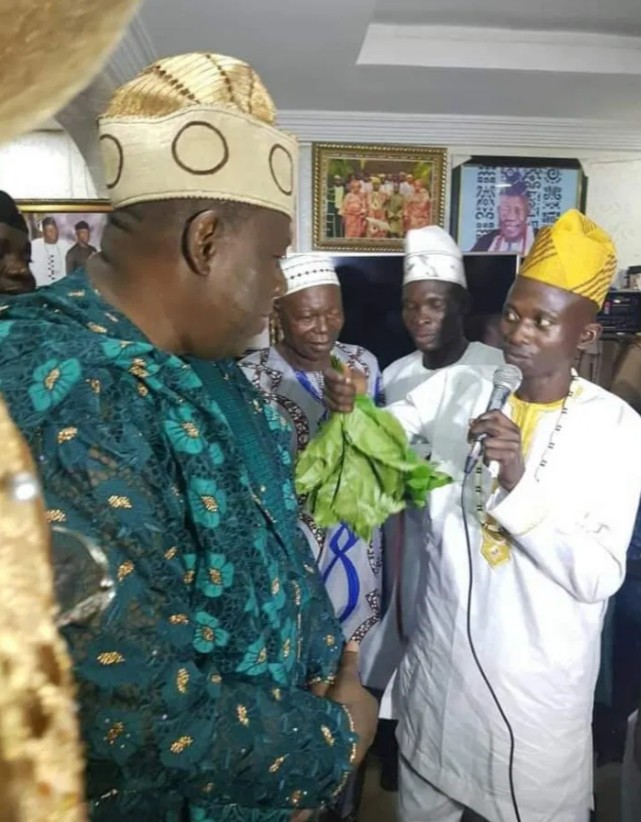 Speaking after the installation Dr. Adeduntan the Osi Bashorun of Ibadanland thank the monarch for the trust and confidence reposed in him which gave him the title said, ” i will further prompt and to contribute positively to the development of the entire Ibadanland, I see this title as something that will spur me into exploring all possible means of contributing to the economy and social development of Ibadan, Oyo state and Nigeria as a whole.”

Oba Saliu, addressing Ibadan people presents at the installation, Oba Asade described Adeduntan
honour as a well deserved one, adding that the new Chief had contributed immensely to the development of Ibadanland in many areas especially through his
not-for profit organization Dr Azeez Popoola Adeduntan Foundation (DAPAF) .

DAPAF an organization that goes into high risk areas in the USA and Nigeria and provide healthcare to reduce incidence and death from strokes, reduce death at child birth in pregnant women, provide scholarship and educational equipments such as computer stations to low income and under privileged areas.

He won the Federal Government of Nigeria Scholarship for Medicine and studied at the University of Ife (Now Obafemi Awolowo University) graduating with Distinction in 1981. Here again, he won the Best Student in Community Medicine Award, and the Prestigious Lawrence Omole’s Prize for Proficient Students.

It is a privilege to honor Dr. Adeduntan, an American Board of Surgery (ABS)-Certified Vascular Surgeon a chieftaincy title in Ibadanland.