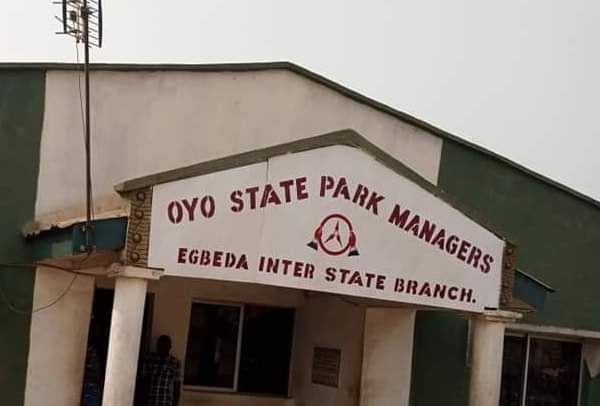 The Socialist Party of Nigeria, SPN, Oyo State Chapter, faults the decision of the Engr Seyi Makinde-led government to impose and force on mass of poor but struggling commercial drivers and operators of motorcycles and tricycles in the state a newly established park management system, PMS and appointed park managers for the control and management of parks, garages and quarries across the state.  This decision is unlawful and contravenes section 7(5) as it contain in the fourth schedule of the 1999 constitution as amended. According to this section, the control of the parks, markets, garage including abattoirs is stipulated to be the constitutional responsibility of the Local Government Council and not of the state government. It is only expected of the state government to enact a law through the state house of assembly that will enable the local government council to effectively perform and carry out the stipulated function.
The appointment of Alhaji Mukaila Lamidi as the chairman of the disciplinary committee of the so called PMS and some other known park thugs with proven records of violent activities as park managers clearly shown that, the PMS in itself is a dubious agenda to return through the back door, the control and management of the parks, garage and quarry to the section of the park thugs that are loyal to the Engr Seyi Makinde-led government. Under this kind of arrangement one does not need to be a soothsayers to know that the exploitation, harassment including intimidation often suffered by mass of poor commercial drivers and operators of motorcycles and tricycles under the banned park thugs controlled NURTW will not only continue but deepens in multiples folds especially now that the PMS arrangement has provided an official and legitimate basis for the exploitation and extortion of poor road transport workers.
SPN frown against the continuous proscription of NURTW by the Seyi Makinde-led government and attempt to replace it with PMS and its anti-people mode of operation like imposition of daily payment of N200 on commercial motorcycle operator or any other levies that will worsen the economic situation of mass of the road workers in the state. We demand the return of the NURTW that is democratically controlled by transport operators and workers with guaranteed right to freedom of association devoid of imposition, force, violence and thuggery.
While we recognized that the operation of the banned NURTW under the control and management of the park thugs is characterized with violence, thuggery, extortion, and imposition. We condemned all of these dastard act in all ramification, however we did not believe that such dastard and criminal acts of the few and know park thugs should be a strong reason to continue to deny other willing law abiding commercial drivers and operators of tricycles and motorcycles their fundamental right to association and peace assembly for an adequate defense and protection of both their economic and political rights.
NURTW is a registered union by the law and meant to be a union for interested road transport workers for the defense and protection of their interest.  In an ideal practice, members are meant to pay dues and democratically direct the affairs of the union through popular participation such as meetings, congresses etc. Proceeds realized from such dues are meant to be subjected to democratic and open administration of members through the co-ordination of their elected representative strictly for the purpose of achieving the goal of the union. Neither is the proceeds realized from the dues paid by road workers meant for the advancement of the self-serving interest of the few individual as we used to have it under the way NURTW across the country currently constituted nor a means of generating revenues that will be largely stolen by the privileged few for the government as being proposed by Engr seyi Makinde/PDP-led government.
SPN rejects the argument by the Engr Seyi Makinde-led government that the range of levies planned to be imposed on poor commercial drivers and operators of motorcycle and tricycles are meant to boast the IGR of the state. If levies are to be levied on the transport operators, such policy will have to be discussed with local government authorities and the transport operators with the aim of arriving at a levy/tax that is progressive and affordable, and such revenue generated are to be democratically transparently managed by government and transport operators for the purpose of developing the state and not to enrich the privileged few. We also demand that all big business owners and billionaires in the state many of who are currently enjoying tax holiday must be progressively taxed in order to raise some fund to finance public utilities.
The SPN therefore charges the Engr Seyi Makinde-led government that if truly it is interested to curb the usual violent activities that often associated with NUTRW, the solution is neither by the proscription of the union nor the establishment of unlawful management system but to severe its relationship with park thugs with known violent records in the state with a view to arrest them and prosecute them in accordance with the law while at the same time initiate a discussion with the state leadership of the Nigeria labour Congress (NLC) with a motive to provide all necessary logistic that will be needed to convene a congress of all legitimate road workers in the state to democratically elect a new leadership for the union as a step to begin to reconstitute the union in the state. This we believe is the only step in the right direction!

Commercial Activities Set To Paralyze In Oyo As IPMAN…