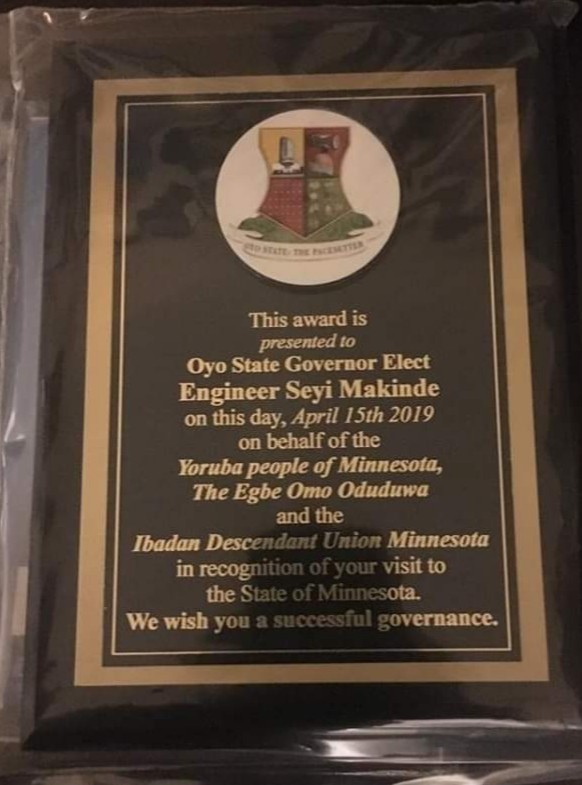 The Egbe Omo Oduduwa and the Ibadan Descendants Union in Minnesota, United State of America on Monday April 15th honored the Oyo State governor elect Engr. Oluwaseyi Abiodun Makinde in recognition of his visit to the state of Minnesota, USA.

It will be recalled, the Oyo State elect, Engr. Oluwaseyi Makinde left the Oyo State to United State of America few days ago after the inauguration of his 10 man Transition Committee who are to oversees the state government administration handing over comes May 29th, 2019.

Akin Alabi, Shina Peller Others In A Dinner With Buhari, Adopts Gbajabiamila Speakership