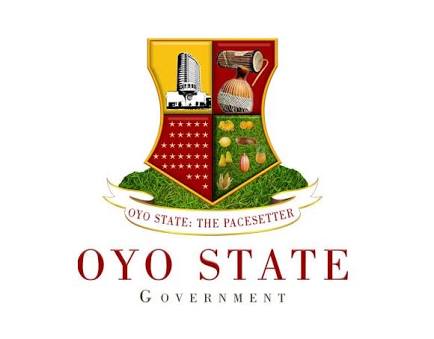 Oyo state government said it will soon begin breath test to ascertain if drivers are drunk while also engaged in driving or not.

The move according to the government is to reduce the rate of accident caused by drunk driving among drivers which are leading to loss of lives, property and huge damage to government facilities and infrastructures.

This is as the government also warn club owners across the state to create convenient parking spaces for their customers or encourage them to desist from indiscriminate parking that is leading to unnecessary traffic gridlock across the state.

The government made the disclosures through the Executive Chairman and Chief Executive Officer, Oyo State Road Transport Management Authority (OYRTMA) Dr Akin Fagbemi while showing to the press, a recovered truck from robbers at the Akinyele area of the state.

Fagbemi who added that three suspects nabbed in relations to the crime are already in police custody also advised motorists to be security conscious while parking their vehicles and also desist from drinking and driving.

Narrating what led to the arrest, The OYRTMA boss said the truck with registration number LFTZ FZE 104 LA was recovered when his officers engaged the drivers on the genuineness of the ownership and why it had been parked by the road side for some times.

He explained that, the suspects who were uncomfortable with the interrogation suddenly took to their heels while the discussion lasted but were later caught by police whose interrogation led to the discovery that the vehicles were actually stolen from a construction site in Lagos with the hope of selling same in Ibadan.

He reiterated the determination of the agency to ensure free flow of traffic during the festive period stating that the mandate of his body has been extended to ensuring safety of lives and property of the residents.

Fagbemi further solicited the support and cooperation of agencies and other stakeholders in the state towards making the festive period safety for the people.

“We are here to acquaint the public to our activities for the ember months. You can see one of our works within the state is that we apprehended a vehicle and while carrying out our investigation, we discovered that the vehicle was stolen and parked along Akinyele where our men were carrying out operations on trucks.

“Through interrogations, we discovered that the men in it at the time were not the true owners of the truck and while we engaged them in conversation, they ran away, but they were apprehended along the way and they confessed that the vehicle was stolen from Lagos and they brought it to Ibadan to sell it.

“We have also communicated with the police, the Commissioner of Police is in the know of the matter and we believe that investigations are on.

“We quickly want to say that for this period, we are not just only enforcing road traffic, part of our mandates is also to ensure that there is safety of vehicles and safety of humans and even the environment which are one of the activities for this period.

“We also want to encourage our people that they should please and please cooperate with the authority. Governor Seyi Makinde has mandated that within this festive period, we should ensure that there is free flow of movement of persons, vehicles and goods and that is what we are doing. Our officers and men are working day and night, if you walk around, you will see them.

“I also want to use this opportunity again to talk to those with club houses around town, because we know that a lot of them, because of the festive period, people are parking here and there, blocking road traffic, we will come after them.

“They should please ensure that their customers park their vehicles properly, and that the club houses should also create more parking spaces for their customers.

“Again, those who think they must drink, we want to plead with them that if they must drink, they should not, drive and if they must drive, they shouldn’t drink. If you go around now, you will see that we have apprehended more than five vehicles, there are some accidental vehicles as a result of drunk driving and they are also destroying some infrastructures and amenities been put in place by the government.

“You will notice that some street lights just installed are being destroyed through road accidents. We want to plead with the people because their lives too is very germane to this government. We want them to celebrate this festive period accident free and free of untimely death.

“We want to thank all other paramilitary organisations too that we have been working together.

On the arrest for the recovered truck, Fagbemi said “For now, three suspects are with the police but investigations are on and the police is handling that, but for us, pending when the investigations will be concluded, the vehicle will still be in our custody. It is an empty truck from the Free Trade Zone Area of Lekki.

“Soonest, we will begin breath test in Oyo state because our law permits us to do so and we have the equipment for that purpose because the rate of accident occasioned by drunken drivers is getting alarming. And anybody caught guilty will be made to face the full wrath of the law.

“We urge our people to also be security conscious when parking their vehicles and not park indiscriminately.”

KWAM1 Will Be Performing At Stone Café Ibadan In December…