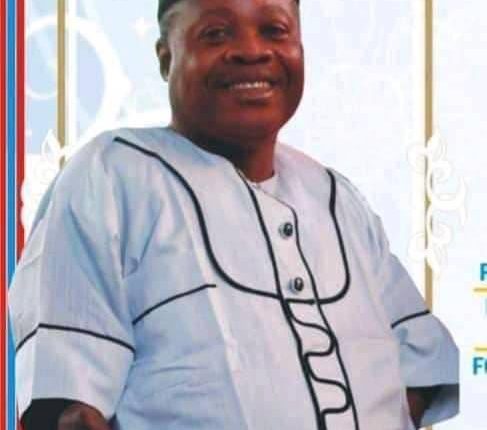 One of Nigeria’s formost Leader in Disability CommunityPrince (Dr)  Paul Ayolade Adelabu has been reportedly dead, just 3 days to his 60th Birthday

The death of Paul Adelabu was announced by Coalition for A Better Nigeria.

Adelabu served as the Special Assistant to the Late Governor Abiola Ajimobi of Oyo State on Disability Affairs.

According to Coalition for A Better Nigeria,

“Man proposes but God disposes”. As we are all preparing across the Nation to celebrate the 60th Birthday anniversary of Nigeria’s foremost Leader in Disability Community, who doubles as a former Special Assistant to the Late Governor Abiola Ajimobi of Oyo State on Disability Affairs and One of the Omoluwabis of Oduduwaland, Prince (Dr)  Paul Ayolade Adelabu, on Sunday, August 1, 2021, at Disability Centre, Moniya, Ibadan, the announcement of his death by his family has real dealt a big blow our on individual faces and up till now, it’s still like a dream, just like it was in the case of a renowned Pastor of Synagogue and the most outstanding Benefactor of the Civil Societies among the Nigerian Pastors, Pastor Temitope Joshua, who donated generously to the Civil Society activities during his lifetime. May the gentle souls of these 2 important People rest in peace.

Our plan is to finish Prince Adelabu 60th Birthday anniversary by Sunday and thereafter kick off the National Organising Committee meeting for a most timely Progressive Project upon which God used him to recommend the strategic individual that could make it happen as expected and the end result will touch the lives of the millions of the young People across the States of the Federation and the Federal Capital.

He laid the foundation for a Better Tomorrow for  millions of unemployed youths in Nigeria and he suddenly bade us farewell. What an irony?

The secret of happy life is to be good to everyone because there’s no competition in this field and the end result is ever rewarding even when one is no more.

To the departed, we say adieu!

Coalition for A Better Nigeria

People Accusing Me Of Hating Islam Have Skeletons In Their Cupboards, Makinde Declares

Obanikoro secured passport from EFCC, flees to US as…

No Space For Rejected Politician Like You In Our Party, NNPP…