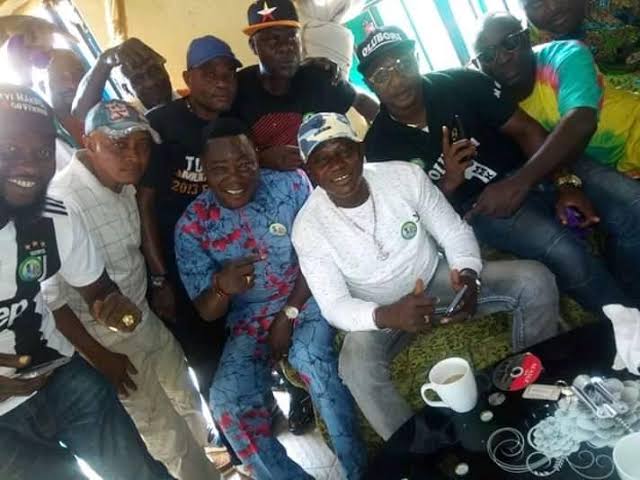 The state’s Commissioner for Public Works, Infrastructure and Transport, Professor Raphael Afonja, who stated this while addressing newsmen in the conference Hall of the Ministry, said that the management committees would be inaugurated on Monday.

According to him, the new PMS would include a team of Park Managers who will coordinate activities at the parks located in each of the 33 local governments as well as two disciplinary Committees to coordinate Motor Parks and Tippers/Lorries Parks.

A statement by the Chief Press Secretary to Governor Seyi Makinde, Mr. Taiwo Adisa, quoted the commissioner as saying that the development was borne out of the pressing need to ensure sanity in the management of the parks.

The commissioner said: “I am here to basically inform you of the recent development concerning the motor parks, garages, and quarries. We are all aware that recently, the state rolled out a plan to engage consultants that will be collecting revenue on behalf of the government, to increase our internally generated revenue in the state.

“The state also decided to appoint park managers across the state through all 33 local governments, and the goal is to have these people become the eyes of government and also to collect revenue on behalf of the state government, which will be remitted through the consultants and sent to the government coffers.”

The commissioner further stated: “The government has decided to have park managers in place to collect revenue across the state on behalf of the government. This is totally different from the traditional union thing that has been going on before now and it is aimed at ensuring that appropriate people that can actually spearhead the collection of revenue are put in charge of revenue collection of the state.”

Prof. Afonja, however, declared that the ban on the activities of the National Union of Road Transport Workers (NURTW) still remained in force throughout the state.

He said: “Regarding the illegal collection of fees in the state at the motor parks and garages including quarries, moving forward, these park managers and those who have been appointed will be collecting funds on behalf of the government.
“That is why we need to have our eyes on the ground to make sure there is no extortion of passengers and that is why these people will be there to collect revenues on behalf of the state.”

He further stated that the state government has appointed consultants that would work with the park managers to ensure appropriate management of the Parks.

He said: “I have been meeting with the unions in the past two weeks. We will soon have an issue with the okada riders. One thing I told them was that the consultants will be collecting N200 from them per day.”
The commissioner, however, dismissed, insinuations making the rounds in Ibadan that a leader of the NURTW, Mukaila Lamidi, aka Auxiliary, has been named as one of the park managers on behalf of the NURTW, stating that the 33 park managers to be named had no connection with the NURTW.

“The goal is to make sure that we are informing the public to be aware of this new development. Let me repeat: any illegal collection of funds should stop. If anybody comes to you to collect any money, they should have a license from the state’s Ministry of Finance, apart from the Ministry of Works and Transport to show that they have been basically nominated to collect revenue on behalf of the government. That is the bottom-line.”

In a related development, the ex NURTW Alahji Mukaila Lamidi also known as Auxiliary yesterday ( Friday ) said to have completed a profile documentation with the Department of  State Security Service ( DSS ).

A source close to Diamond Hotel Alakia, Alhaji Auxiliary base said, the ex NURTW warlord was invited by DSS on Thursday for profiling, but unable to complete the process, so went back on Friday to complete his documentation, awaiting portfolio on Monday.

The Looters Were In A Hurry – Sen. Teslim Speaks After…